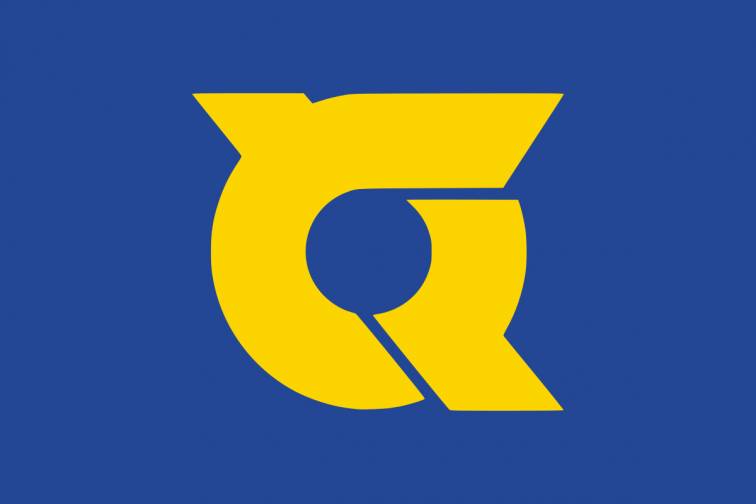 Tokushima Prefecture is located in the east of Shikoku, faces to Kii Channel to the east, and is adjacent to Kagawa Prefecture, Kochi Prefecture and Ehime Prefecture to the north, south and west respectively.Mountainous districts make up approximately 80% of Tokushima’s total land area of 4,146.65 km². Quite a few mountains in the districts exceed 1,000 m in height. The highest peak in Tokushima as well as the second highest in Shikoku is Mt. Tsurugi in the Shikoku Mountains with its altitude of 1,955 m. Tsurugi Mountains with Mt. Tsurugi at their center form a watershed dividing Tokushima Prefecture into north and south. The Yoshino River flowing along the north side of the Tsurugi Mountains rises from the distant Kochi Prefecture, flows into Tokushima Prefecture forming the steep Oboke and Koboke Gorges. The river then runs eastwards from Miyoshi City and flows wider, giving way to the wedge-shaped Tokushima Plains.The Sanuki Mountains with relatively low peaks are situated in the north of the Yoshino River. At the foot of the mountains, an alluvial fan spreads out, and the altitude of the land is high. Rice paddy area spreads in the lowlands downstream of the Yoshino River, same as the lowlands downstream of the Katsuura River and Naka River. There is a rich forest area in the southern slope of mountains in the watershed and not much wide flat ground. 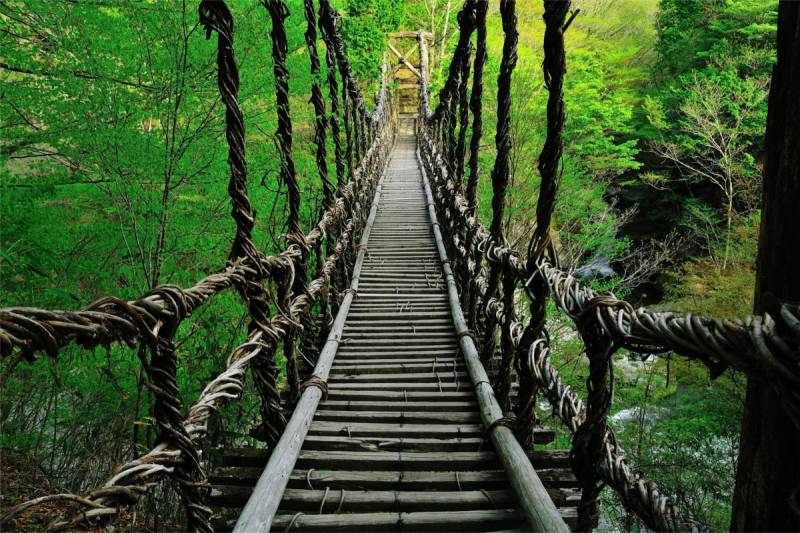 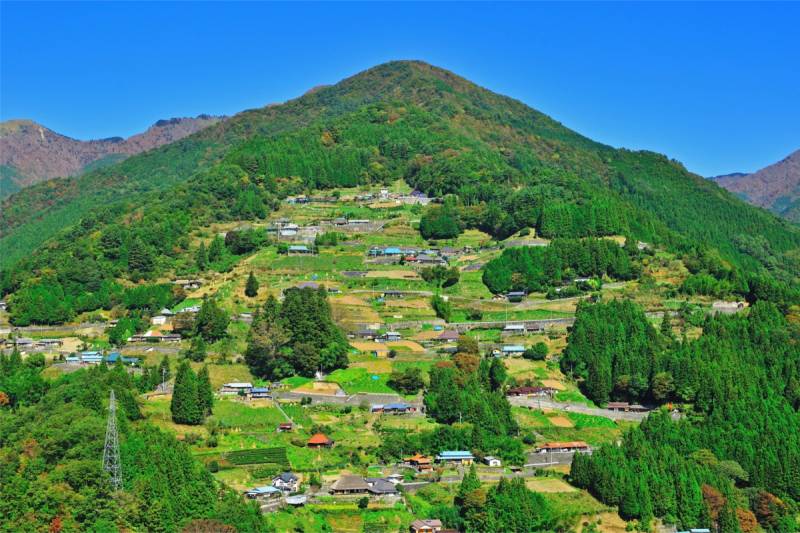 Tokushima Prefecture is less than 100 km in length from north to south, but this small area enjoys a complicated and varied climate due to the influence of several geographical features. The coastal area in the south-east is the warmest, growing cooler towards the western mountainous region, and there is a difference of approximately four degrees centigrade between the coastal areas and the mountainous areas. Annual precipitation in the north of Tokushima ending in the Yoshino River and the Sanuki Mountains is relatively little as it is less than 1,500 mm. This area belongs to the warm and dry “Seto Inland Sea Climate”. In the past, many salt farms made use of this climate, and the salt industry was prosperous.The alpine area centered on Mt. Tsurugi in the Shikoku Mountains belongs to the cold and wet “Sea of Japan Climate”. Although Tokushima is located in the west of Japan, the northwestern monsoon is strong in the alpine area and enough snow falls to ski in winter.

Tidal whirlpools occur in the Naruto Strait, the channel between Magosaki, Naruto City and Awaji Island. The whirlpools become the largest during spring tides in spring and fall, and the fastest current achieves 20 kilometers per hour and its maximum diameter may reach 20 meters. The sight of the currents crossing and flowing with thunderous sound are spectacular. High tide and low tide occur twice each per day, and whirlpools can be seen during these high and low tides in the Naruto Strait. The best time to see the whirlpools is between one and a half hours before and after each tide.The “Naruto Strait”, the “Strait of Messina” situated between Italy Peninsula and Sicily Island and the “Seymour Narrow”, between the western coast of North America and the eastern coast of Vancouver Island are called the “world’s three greatest currents”. 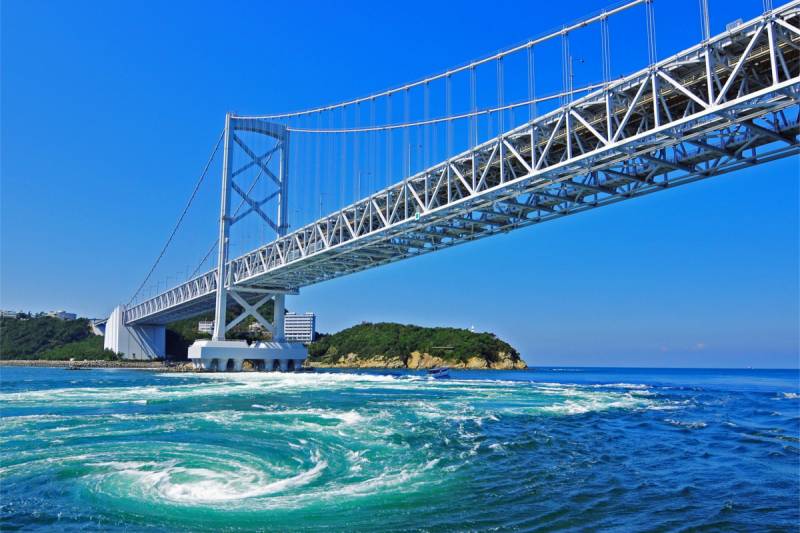 The world famous Awa Dance has a 400 years’ history. The story of its origin varies. It is said that Awa Dance was performed often around the time Hachisuka Iemasa, a feudal load of Tokushima, entered Tokushima in 1586, and hoarded the wealth produced by the indigo and salt trades. Later, indigo traders played an active part and made the dance even more gorgeous year by year.Awa Dance was established in the civil society and flourished as a free-form of mass entertainment. Especially, after World War II, it developed rapidly as a symbol of reconstruction.Nowadays, Awa Dance is well-known around the world as a representative of Japan’s traditional arts. 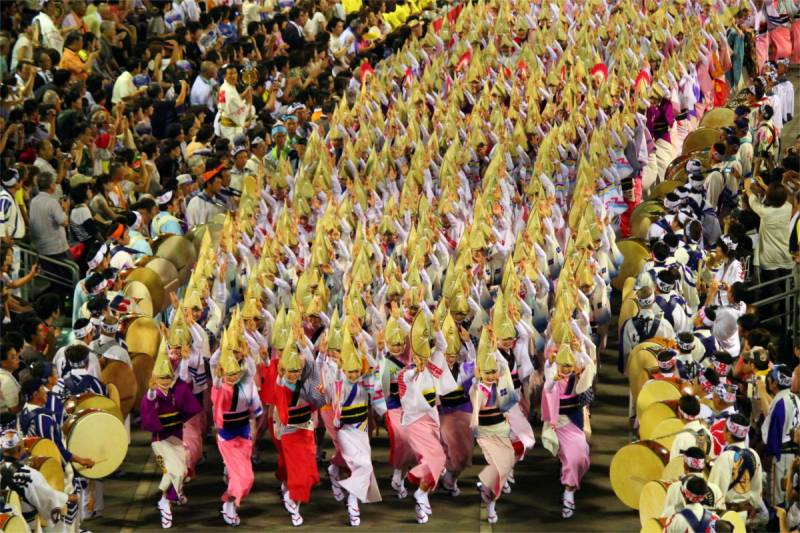 The high class local chicken, “Awa Odori Chicken” is the result of the crossing of Akasasa Shamo (which has been bred for a long time in Tokushima Prefecture) with White Plymouth Rock. It is named after Awa Odori (Awa Dance) in Tokushima. The meat is low in fat and moderately chewy, and has a slightly reddish color and a characteristic of sweet full-bodied flavour. It was Japan’s first local chicken to be rated by the Japan Agricultural Standard in 2001 and is distributed under strict quality control. Awa Odori Chicken boasts having the highest production volume among all the local chickens in Japan. 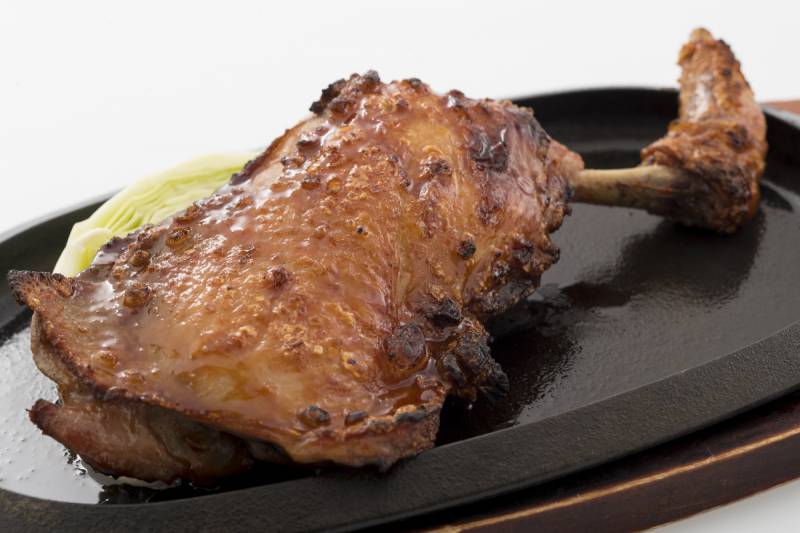 An experience you won`t find anywhere else… 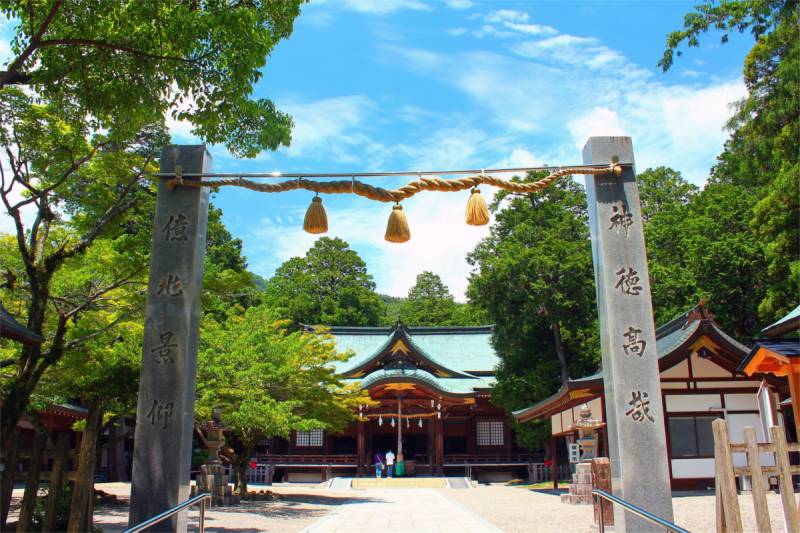 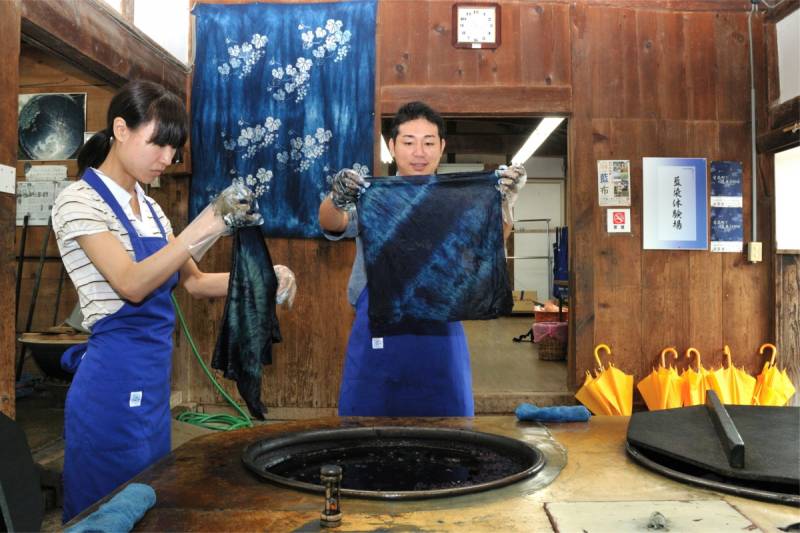 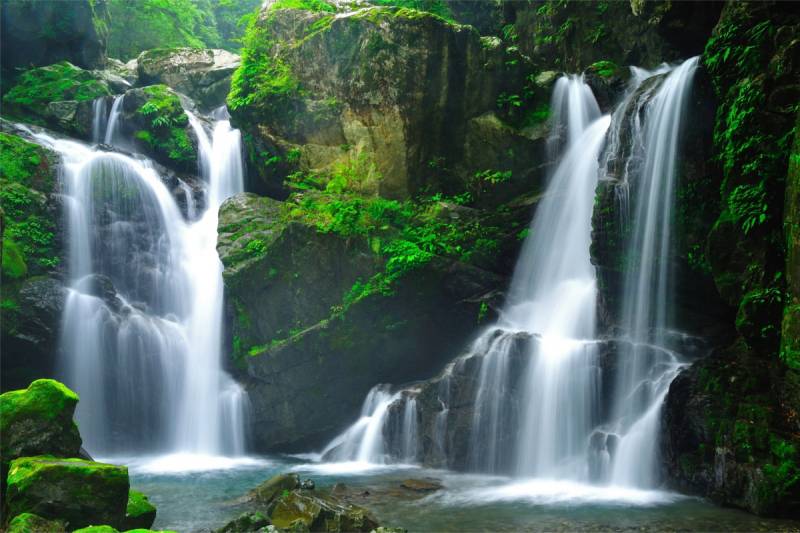 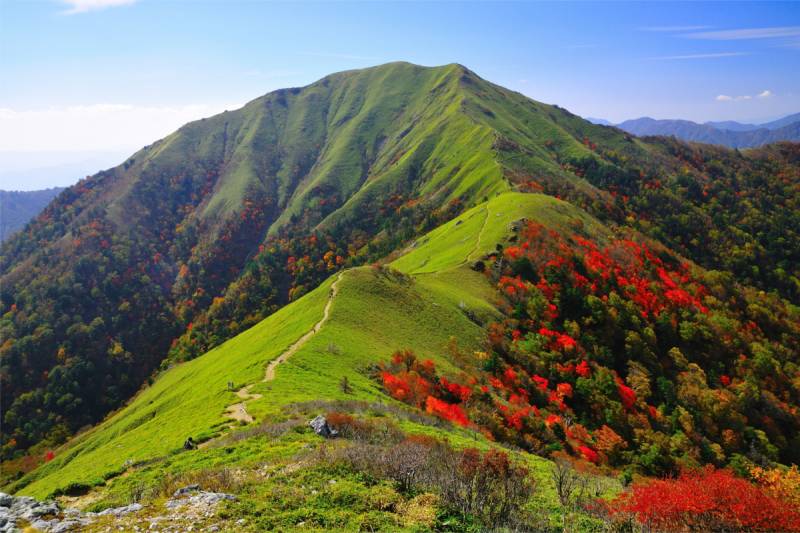 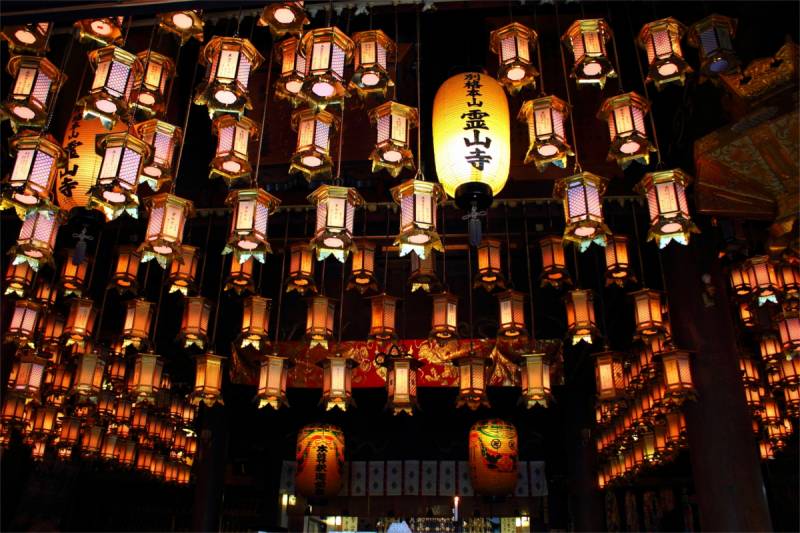 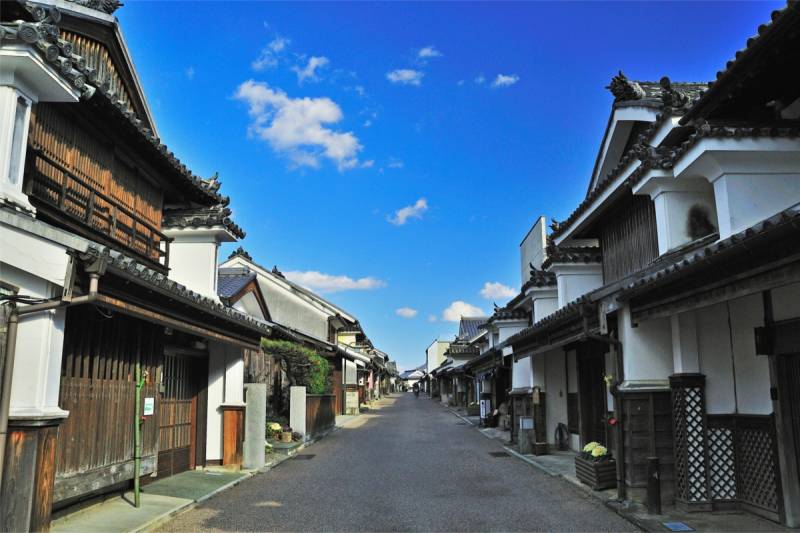 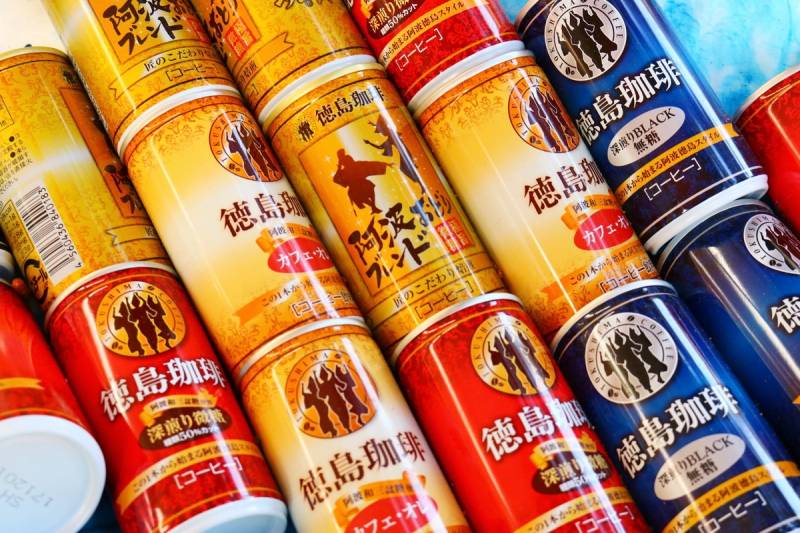 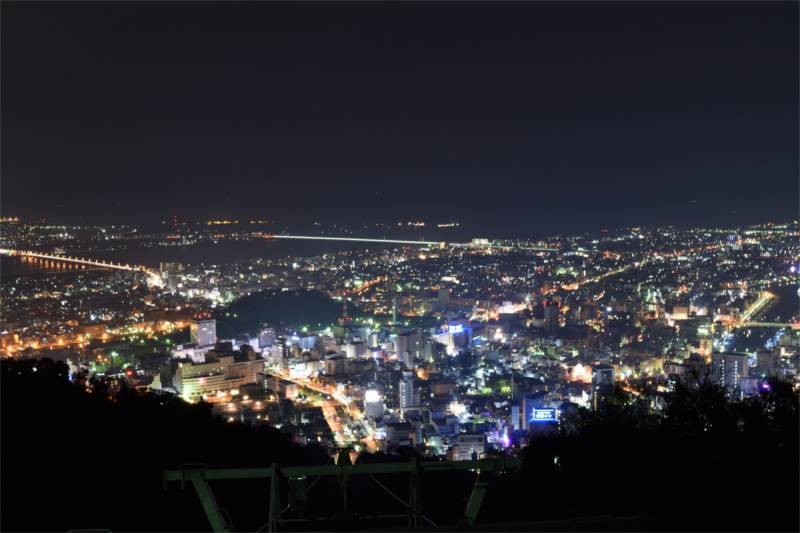 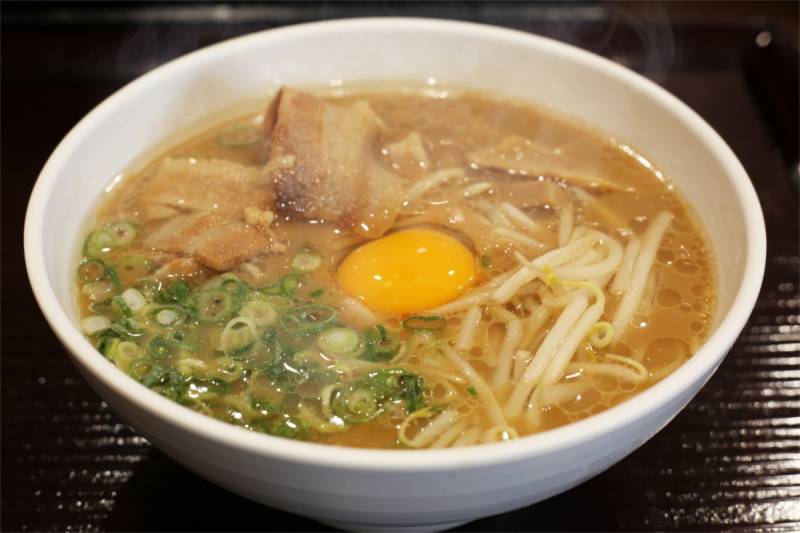